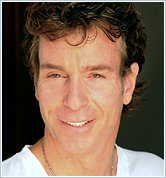 Share
View Author's Website
David Wygant
David Wygant is one of todayâ€™s most successful and sought-out dating experts and coaches. For more than 20 years, David has been earning the trust of American men and women looking to transform their love lives.<br> David Wygant's clientele ranges from everyday people to celebrities, actors, and millionaires. He is a dynamic visual presence, and has been called upon for his unique skills by an impressive list of domestic and international television shows and networks. Some of the many television appearances he has made include: <i>E! Entertainment Television, Starting Over, Party @ The Palms, ABC News, CBS The Early Show, MTV (sex2k and Made), The Learning Channel, BBC, Playboy TV, UPN, WB, Blind Date, Starting Over, CN8 (The Comcast Network), National Enquirer's Undercovered, Blitz TV (Germany), and A Current Affair (Australia).</i><br> David is a ubiquitous presence in the print media, including such major publications as <i>Los Angeles Times, Chicago Daily Herald, The Dallas Morning News, The Miami Herald, The Boston Globe, The Philadelphia Inquirer, Marie Claire, New York magazine, Figure magazine, Harpers Bazaar, Maxim, Cosmopolitan, Yahoo! Personals,</i> and many more.<br> During the course of his career, David Wygant has made guest appearances on more than 2,000 radio shows. His voice and words have profoundly touched and changed the lives of many people in every major U.S. city, as well as in many medium and small cities.<br> Davidâ€™s speaking programs, workshops, and seminars are in great demand across the country. His three-day Group Bootcamps are offered in the largest marketsâ€”including New York City, Los Angeles, and Washington D.C.â€”up to 20 times a year, and his hourly coaching and one-on-one programs are extremely popular. Davidâ€™s Take Center Stageâ„¢ Seminar for business has found widespread application for improving the first-impression skills of business teams, and his Menâ€™s and Womenâ€™s Mastery audio series are the most comprehensive home-study resources for dating coaching available anywhere.<br> David Wygant wrote the popular 2005 book <i>Always Talk to Strangers: 3 Simple Steps to Finding the Love of Your Life</i> (Perigee/Penguin), which remained in the top-100 rank on Amazon for several weeks and sold more than 20,000 copies. Visit his website: <a target="blank" href="http://www.davidwygant.com"> www.DavidWygant.com </a>