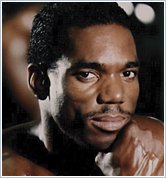 Share
View Author's Website
Flex Wheeler
Ken â€œFlexâ€ Wheeler is one of the top bodybuilding champions in the history of the sport, and a man who has spent over two decades developing his body into a work of art. Born a premature baby to a single mother in Fresno, California, he faced many early struggles, including extreme poverty and dyslexia, plus the horrors of physical and sexual abuse. While his mind coped with some of lifeâ€™s tragic turns, he found an outlet for expression at his local recreation center, where he was allowed to train for free as a child and teenager. Itâ€™s not that the teachers saw potential, because he was a thin, extremely shy boy who would burst into tears at a momentâ€™s notice. Instead, these adults saw pure strength of will, so they allowed Kenny to take several martial arts courses, where he found that having a thin form was actually an asset. His self-worth revitalized by sports, a teenage Kenny decided to abandon plans to become the next Bruce Lee, and instead discovered bodybuilding. Luckily, local gym owners saw his potential, welcomed him into their fold, and helped train him to his full potential. After a short career as a police officer, Kenny focused full time on becoming a professional bodybuilder, but he needed a name that reflected his bulked-up form. As amazed as anyone else when it came to a body that went from 100 pounds as a teenager to almost 300 pounds as a man, Kenny found himself frequently walking around flexing, which is why he was renamed â€œFlexâ€ Wheeler. Almost from the start, Flex shot to the top of the bodybuilding world and began winning local competitions, which led to a first-place trophy at the 1989 California Championships. Heâ€™s in the Guinness Book of World Records for his multiple wins of the Arnold Classic, sponsored by bodybuilder and actor Arnold Schwarzenegger, who has dubbed Flex â€œone of the greatest bodybuilders I've ever seen.â€ Flex has placed second at Mr. Olympia, missing a win by one or two points, and he has also frequently won the Ironman Pro along with the France Grand Prix, South Beach Pro Invitational, Night of Champions and Hungarian Grand Prix. In the mid â€™90s, he amazed doctors and the bodybuilding industry by coming back from an almost fatal car accident that should have left him paralyzed for life. Instead, he started from scratch again, pushing past enormous pain and depressing medical reports to rebuild himself into the champion that he is today. His amazing form has been seen frequently on ESPN, in the pages of Sports Illustrated, and several bodybuilding magazines. In his spare time, Flex is very devoted to his local church and studies the Bible with his wife, Madeline, and their children. He has also made it his mission to warn kids and fellow athletes about the dangers of using steroids or other performance-enhancing sports drugs. Flex is also a personal trainer to some of Hollywoodâ€™s elite, and he maintains his own rigorous training regimen of eight hours-plus a day in the gym for a good reason. Although Flex retired from bodybuilding in 2000, he recently shook the industry to its core by announcing his return to the sport, where heâ€™ll be competing drug free. â€œI feel better than I ever have in my life, and people tell me that I look better because Iâ€™m 100 percent pure in body and spirit,â€ says Flex, who gives the credit to someone elseâ€”the ultimate trainer. â€œAfter giving my life to God, my mind is also finally free, and that is the real win.â€