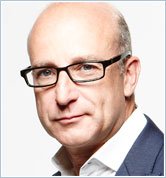 Paul McKenna, Ph.D., is described by Ryan Seacrest as “a cross between the Dr. Phil and Tony Robbins of Britain.” Recently named by the London Times as one of the world’s leading and most important modern gurus, alongside Nelson Mandela and the Dalai Lama, he is Britain’s best-selling nonfiction author, selling 8,000 books a week in 35 countries—a total of 8 million books in the last decade. He has worked his unique brand of personal transformation with Hollywood movie stars, Olympic gold medalists, rock stars, leading business achievers, and royalty. Over the past 20 years, Paul McKenna has helped millions of people successfully quit smoking, lose weight, overcome insomnia, eliminate stress, and increase self-confidence. Dr. McKenna has appeared on The Dr. Oz Show, Good Morning America, The Ellen DeGeneres Show, Rachael Ray, Anderson Live, and The Early Show. He is regularly watched on TV by hundreds of millions of people in 42 countries around the world.

Dr. McKenna has consistently astounded his audiences and clients by proving how small changes in people’s lives can yield huge results, whether it’s curing someone of a lifelong phobia or clearing up deep-seated issues in a matter of minutes. He currently hosts his own TV show on HULU, where he interviews the most interesting people in the world. His guests include Simon Cowell, Harvey Weinstein, Rachael Ray, Sir Roger Moore, Roger Daltrey, Tony Robbins, Paul Oakenfold, and Sir Ken Robinson.