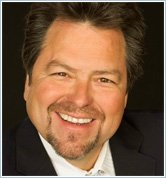 Share
View Author's Website
Rick Najera
<p style="line-height:150%">California-born Rick Najerais an award-winning actor, writer, director, and producer with credits in film, television, theater, and Broadway. He recently wrote, starred, and produced his second feature film, Taco Shop, and penned the holiday feature film, Nothing Like the Holidays, which won him a prestigious American Latino Media Arts (ALMA) Award. He has been nominated for two Writers Guild of America (WGA) Awards for his writing on MADtv, and honored twice by Hispanic Business Magazine as one of its "100 Most Influential Hispanics."</p> <p><br />Najera is one of three Latinos in the history of Broadway to write and star in his own show. He made his debut in 2005 with his award-winning sketch comedy show, Latinologues, which triumphed on Broadway and continued with over 15 years of performances, touring the nation to sold-out houses and standing ovations. It is the longest-running and only showcase of its kind for Latinos in America.</p> <p><br />He is sometimes compared to Tyler Perry, and seen as a literary giant who captures the warmth, humor, pain, triumph, and humility of the Latino experience. Early in his artistic career, Najera was inspired and mentored by Oscar-winning actress Whoopi Goldberg, Keenen Ivory Wayans, and Latino legend Cheech Marin. Realizing there were few roles for him to play, he took matters into his own hands and started writing his way into Hollywood, and has been writing for this new America for over two decades now. He was "Latin" at a time when most Latinos passed as white, and he was "Latino" when the local political movement demanded he be "Chicano." He wrote for the Latino community when the national climate demanded we focus on the "me," and made us laugh at a time when immigration policies were at their darkest. He has mentored and directed more than 150 actors, and paved the way for many Latinos that followed in his footsteps into the maddening world of Hollywood. He is undeniably one of the most sought-after comedic talents in the industry with one of the most powerful voices in the Latino world today. Najera and his lovely wife are the proud parents of three beautiful children, whom they are currently raising in the heart of Los Angeles. His work is dedicated to his family and his community.</p>